In Montenegro, two-thirds of citizens consider that corruption is part of everyday life, while more severe legal punishment and their equal application are assessed as a manner of addressing this problem.

This was stated at the press conference of the Centre for Civic Education (CCE) and the Center for Monitoring and Research (CEMI) on the occasion of the presentation of findings of public opinion on corruption at the local level, conducted by IPSOS Strategic Marketing from 29 February to 7 March 2020, on a sample of 1,060 adult respondents, for the project «Let’s put corruption into museum!».

‘The majority of respondents (89 percent) recognize bribery of professors and police officers as corrupt practice, while a slightly less recognizable form of corruption refers to the use of acquaintances with administrative officers for issuing certain documents,’ reported Kecojevic.

‘Three quarters of citizens believe that corruption is part of everyday life. Almost every other citizen believes that this could change by joining the European Union, as well as by increasing salaries to servants,’ stated Kecojevic.

She claimed that seven out of ten citizens consider that both sides are equally responsible for the bribe, while one-third even justifies corruption in certain cases.

‘However, results of the survey indicate that these perceptions are widespread to a much lesser extent than three years ago,’ Kecojevic said.

According to her, citizens perceive that corruption is most prevalent in healthcare and political parties, then in the Administration for Inspection Affairs, Customs Administration, Police administration, Prosecutor’s Office, media, judiciary and the Government. Citizens noted international organizations and NGOs as the least prone to corruption.

‘Almost every tenth citizen would be willing to pay if someone from state institutions asked for a bribe, while 27 percent of them said they would report the case to the competent authority. Citizens generally believe that bribery at the local and national level is equally present. Compared to three years ago, corruption at the local level is recognized to a much lesser extent,’ Kecojevic said. 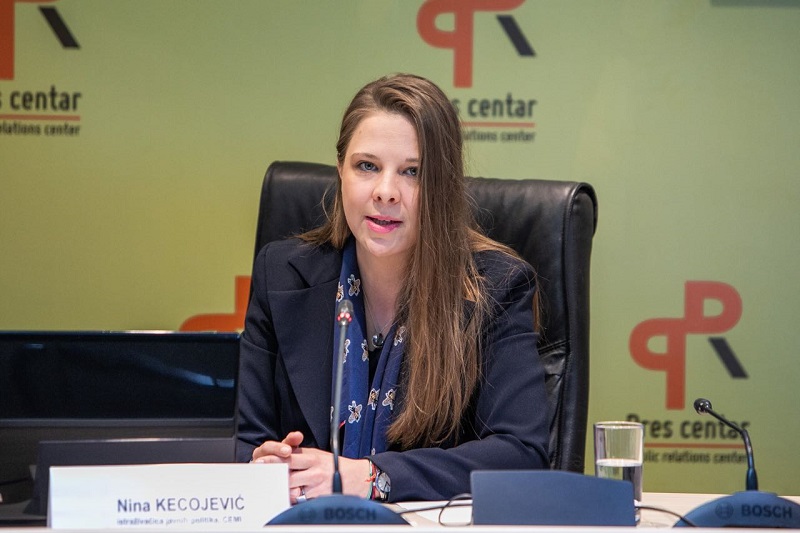 She said that most citizens claimed that they were not familiar with any bribery case in their environment, with the note that the share of these citizens was significantly smaller than three years ago, while the share of those who were rarely forced to give a gift or do a favour increased.

‘Citizens view the absence of sanctions, difficult provision of services on a regular basis, low salaries and impunity for corruption as the main reasons for bribery,’ concluded Kecojevic.

Programme Coordinator at the Centre for Civic Education (CCE), Mira Popovic, said that, compared to the previous survey, a greater degree of citizens’ awareness of the activities within the competence of the Agency for Prevention of Corruption (APC) is noticeable.

‘However, it should be emphasized that nearly half of our citizens think that the main activity of the Agency for Prevention of Corruption (APC) is the prosecution of corruption cases, although this percentage is significantly lower than in our research from 2017. Besides this, prevention and education in the fight against corruption are frequently mentioned, as well as disciplinary punishment of detected corruption cases as an APC activity,’ claimed Popovic.

She said that a one-third of citizens negatively evaluated the work of the APC, only 15 percent gave it a positive assessment, and more than a one-third had no attitude.

‘The work of the Special State Prosecutor’s Office in the fight against corruption is negatively assessed by two-fifths of the citizens. Compared to 2017, there has been a decrease in the number of those who negatively and neutrally evaluate the work of Special State Prosecutor’s Office in this area, but the number of those without a clear attitude has increased, ‘ stated Popovic.

She noted that two-fifths of citizens negatively assessed the work of the State Audit Institution in the fight against corruption.

‘When it comes to reporting corruption, citizens have divided opinions. Compared to 2017, there is a significant decline in number of those who would report a corruption case, but when it comes to the institution to which they would report a corruption case, they mentioned the APC and the Police administration, with the note that Police administration was much less frequently listed as a choice compared to the survey from 2017,’ explained Popovic.

Popovic stated that as reasons for not reporting corruption, citizens cite the fact that it is the job of the state to detect corruption and that they do not believe that the report itself would have any effect, which also supports the finding that the vast majority of citizens (72 percent) have not heard of a corruption case adjudicated in favour of the injured party within their respective environment.’

In case citizens can anonymously report corruption, as she said, half of them stated that they would inform the authorities. 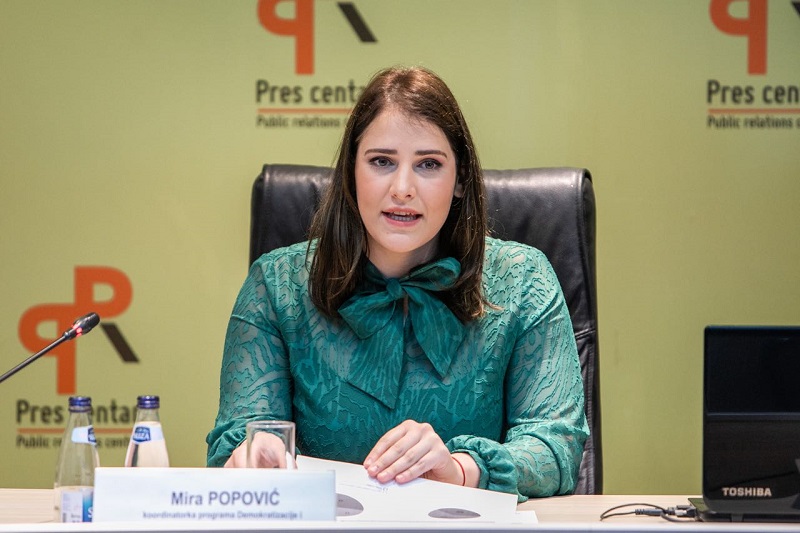 She said that citizens view more strict legal sanctions and their non-selective application as the most successful methods for solving problems.

‘When it comes to the local level, the citizens’ opinion about the responsible behaviour of the heads of the administration of the municipality in which they live is polarized, with a slightly higher number of those who think that they act responsibly. At the same time, over two-fifths of citizens believe that the local administration in their municipality is transparent,’ Popovic concluded.

The research is part of the project ’Let’s put corruption into museum!’ which is implemented by the CCE in cooperation with NGO Centre for Monitoring and Research (CeMI), NGO Bonum from Pljevlja, NGO UL-Info from Ulcinj and NGO Za Druga from Petrovac, in association with the Anti-corruption Agency and with the support of EU Delegation to Montenegro and the Ministry of Public Administration.