Integrity of employees in local self-governments is of utmost importance for preventive action and fight against corruption, as the lack of integrity raises questions about the effectiveness of laws and by-laws. This was reported at the panel ’To what extent corruption is a problem at the local level and what has been done so far?” within the final national conference, ’Let’s put corruption into museum’, organized by the Centre for Civic Education (CCE).

’Organized criminal groups tend to infiltrate into local structures or higher structures, which comes within the jurisdiction of the Special State Prosecution. By using the access of all available tools and mechanisms, first and foremost legal ones, we have made corruption an excess in our society, not an occurrence that hinders society from reaching the highest values ​​of modern civilization,’ emphasized Katnic.

At the conference, Katnic presented detailed information on the track record, investigations and indictments.

He stated that acting on the special prosecutors’ charges, the court made decision against 80 persons in the same period, including the convictions of 74, acquittal of 5 persons, while in relation to one person was passed judgement of dismissal. He also stated that the court brought judgments for 52 persons on the basis of admission of guilt. 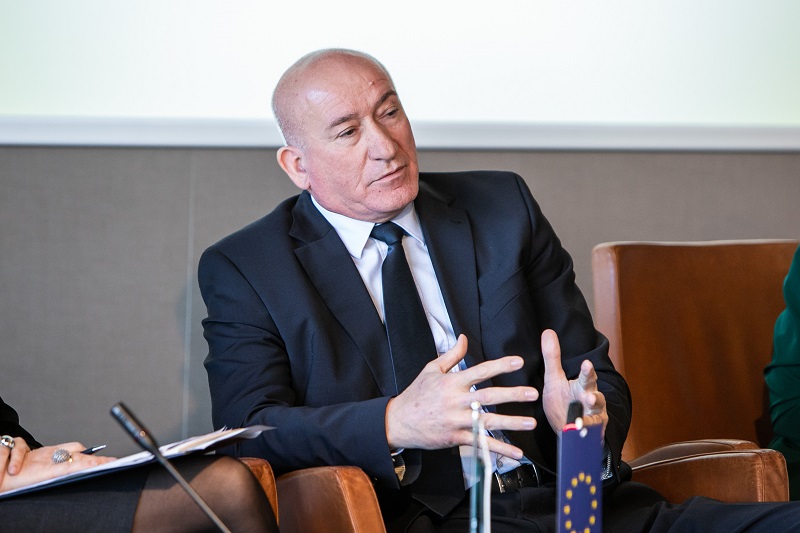 In the part of those who filed criminal charges, Katnic said that most of them were private persons, followed by non-governmental organizations, legal entities, etc. stating that it is highly diversified structure of persons against whom criminal charge was filed, which also included criminal charges against 85 judges and 20 prosecutors.

Katnic assessed that the number of prosecuted persons and cases was significant.

‘This indicates that corruption existed and hindered the development of the state, but also that the fight against corruption was effective,’ he concluded.

Acting director of the Agency for Prevention of Corruption, Savo Milasinovic, assessed that integrity plans are the most effective preventive mechanism in the fight against corruption, with the financial management and control system available to state authorities and the Agency.

’Everything is based on the integrity, and if integrity of individuals working in the state administration does not exist, then neither the laws nor the by-laws are effective and there will always be problems in their implementation,’ said Milasinovic.

He explained that the implementation of integrity plans is not time-limited and that their enforcement is a continuous process.

’If we want a corruption-free society, integrity plans in institutions and organizations need to be constantly improved with new measures to eliminate the risk of corruption and other unethical behaviour. Municipal employees should experience the integrity plan as something of their own, not as something imposed and strive to be better at fulfilling their daily activities and tasks,’ claimed Milasinovic.

He stated that the effective implementation of integrity plans directly reflect on the smaller number of certain misdemeanours as well as minor offenses.

‘It has been noted that the basic measures and risks are related to human resource policy, ethical behaviour and professional conduct of employees. Adequate risk mitigation measures have been taken and the implementation of the measures in 2018 is about 80 percent, while in the previous two years it was 78 percent, which indicates that there is an increase in performance and a decrease in the risk level,’ explained Milasinovic.

Deputy president of municipality of Budva, Marko Markovic, claimed that corruption in Budva has fused with one party and that a mechanism for looting citizens’ property was created.

’In countries that have minimized corruption, citizens have economic stability and developed civic culture, while there is high inequality in Montenegro. If a society has low leaving standard, it is much more exposed to corruption. If you have a society that has such a strong predisposition to corruption, there are no legal mechanisms that will be effective enough to reduce corruption to an acceptable level,’ said Markovic. 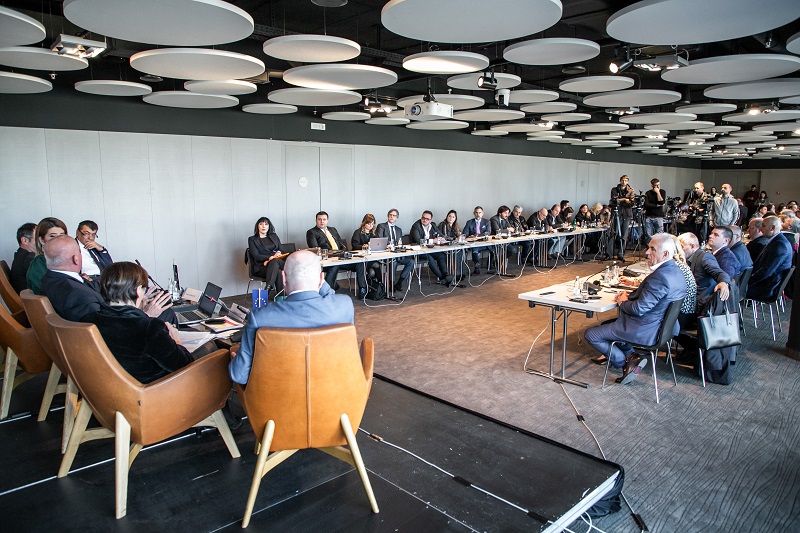 He expressed concern over the fact that corruption in Montenegro has become socially acceptable.

Speaking about the proactive nature of the Special State Prosecutor’s Office and the WTE case, Markovic had complaints about the fact that the case has been under screening procedure for five years.

’In the end, 29.5 million EUR of state guarantees were paid. In this case, the cornerstone of this corrupt business was laid by the current President of Montenegro – then Prime Minister of Montenegro. It is strange that there is no responsibility of the Government, which generously guarantees to the private company the execution of such a harmful work that has cost us all and can still cost us through the ecological disaster that threatens Budva,’ Markovic claimed.

Between good laws and bad implementation

President of the Capital City Assembly, Djordje Suhih, assessed that the major problem in Montenegro was the implementation of the decisions and laws.

’We have good decisions and laws that we pass at the local level, but often their implementation is not fully effective,’ Suhih stated.

He pointed out that it is necessary to change thinking about corruption itself, in order to properly sanction this phenomenon.

’It is a negative phenomenon and it is necessary to prevent and report corruption cases, which is not common in our country. Corruption occurs where there are no clearly defined code of conduct and regulations. Good organization and clear rules are needed, which reduce the possibility of abusing power,’ said Suhih.

He claimed that effective fight against corruption requires proper selection of managerial staff.

’A person who has certain competencies and who is appointed to a certain position, must be adequately rewarded. Transparency in making and implementing decisions is also very important,’ Suhih stated, noting that civil society does not sufficiently utilize participation mechanisms in local decision-making.

President of the Center for Investigative Journalism of Montenegro (CIN-CG), Milka Tadic Mijovic, said that the major cases of corruption in Montenegro have never been prosecuted.

She said that Montenegro is not a rule of law country and that justice is not equal for everyone.

’Montenegro has become globally known for its cocaine smuggling, and members of criminal groups are deeply infiltrated into Montenegrin institutions. In neighbouring countries, some of the drug traffickers were prosecuted, while in Montenegro the processes against drug traffickers failed, although they did business in the municipality of Pljevlja, win tender contracts, laundered money in a bank linked to the President through offshore companies. There was so much paperwork and evidence about this organized crime group that Special State Prosecutor’s Office has never reacted to, as well as many others,’ stated Mijovic Tadic. 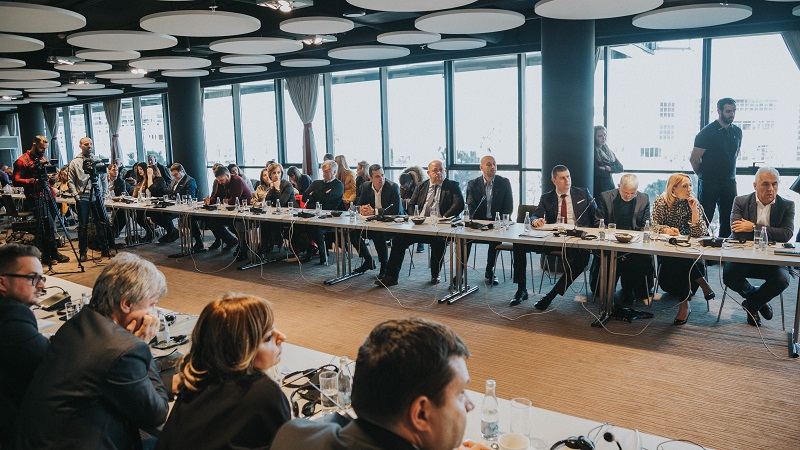 The conference gathered 110 representatives of the Government, local self-governments, independent institutions, non-governmental organizations, the media, political parties and diplomatic representative offices, followed by a dynamic discussion of participants after the introductory remarks of panellists.

The project ’Let’s put corruption into museum!’ is implemented by the CCE in cooperation with NGO Center for Monitoring and Research (CeMI), NGO Bonum from Pljevlja, NGO UL-Info from Ulcinj and NGO Za Druga from Petrovac, in association with the Anti-corruption Agency and with the support of EU Delegation to Montenegro and the Ministry of Public Administration.