It is necessary to focus on content rather than form, to plan less and to work harder, as it was concluded at the opening of the final national conference, ‘Let’s put corruption into museum’, organized by the Centre for Civic Education (CCE).

Minister of Public Administration, Suzana Pribilovic, pointed out that the fight against corruption at the local level is significant issue not only in the context of EU integration, but also within the institutional growing through reform process that strive to build transparent and efficient public administration.

‘And that is why it is important for all of us to recognize our role within the framework of our authority, whether it is the Government, non-governmental sector or citizens. For us, as the Government, is important to address this problem responsibly and to act proactively. The goal of our reform efforts is to keep the administration at the service of citizens. I will remind that through the adoption of the Law on local self-government, we underlined the importance of the integrity issues of local servants and employees, and on the other hand, through the adoption of the Integrity Plan, we created conditions for the prevention of corrupt practices,’ explained Pribilovic.

She also emphasized the role of civil society.

‘Non-governmental organizations make major contribution to the development and monitoring of anti-corruption policies. In this regard, I would like to emphasize the importance of your engagement and analytical approach to the various anti-corruption mechanisms that institutions apply,’ she noted.

Transparency of public administration, as she claimed, is the basis for development of anti-corruption practices.

‘Coordinated anti-corruption policies encourage public participation and reflect rule of law principles, proper management of public affairs and public property, integrity and accountability. We are all accountable for the success of anti-corruption policies. We need to promote successful practices even more loudly, and I believe that the results of the project ‘Let’s put corruption into museum’ are one of those examples,’ said Pribilovic.

Head of Cooperation in the EU Delegation to Montenegro, Hermann Spitz, assessed that corruption was an insult and a betrayal of the fundamental political, economic and social values ​​of a community.

‘Corruption has serious and widespread effects. Corruption undermines the rule of law, limits investments, weakens trust in Government and allows organised crime to flourish. Therefore, it is crucial to fight corruption,’ Spitz said.

He recalled the marks in the EC Report which indicate that Montenegro has reached certain level of readiness in this area since the opening of negotiations, but that corruption remains, as he said, an issue of concern, especially given its prevalence in numerous areas.

‘What we need are sustained efforts, both in the prevention and repression of corruption, including more transparency in all areas prone to disease of corruption. The lack of capacity and control leaves space for abuse. Therefore, greater citizen participation is essential – not only to hold local authorities accountable, but to ensure the effectiveness of their policies and the overall progress of local communities,’ stated Spitz.

He reflected upon the successes of the project ‘Let’s place corruption into museum!’ particularly in the part of strengthening civil society organizations and their cooperation with  competent institutions aimed at stronger response to corruption, but he also pointed to areas in which further progress is needed and which are the responsibility of institutions.

Executive Director of the Centre for Civic Education (CCE), Daliborka Uljarevic, emphasized that the fight against corruption at the local level requires continuous and multi-layered approach.

The effectiveness of the existing mechanisms, as she explained, was assessed by measuring of the level of transparency of local governments, assessment of the level of implementation of anti-corruption documents at the local level, analyses of the State Audit Institution reports, track records in the prosecution of corruption at the local level by prosecution and courts, as well as through direct experiences of citizens of Montenegrin municipalities in their attempts to report corruption. 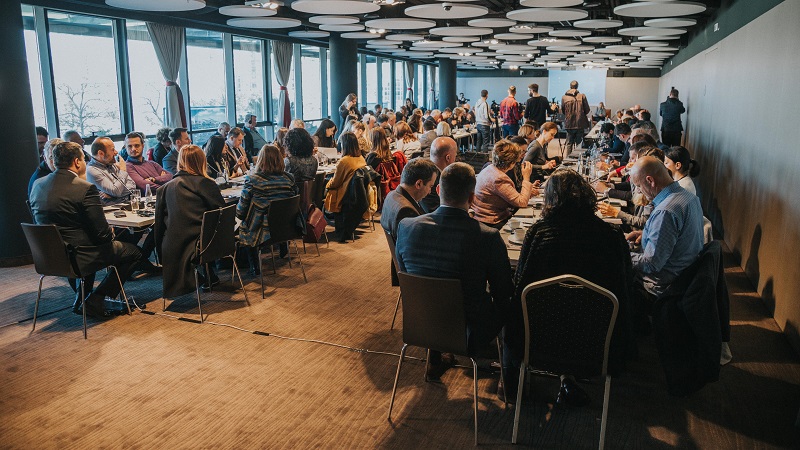 Uljarevic accentuated the link between further progress in fight against corruption and establishment of functional government with political will.

‘We need decisive political will, accountable decision-makers at all levels and in all competent institutions, that will be in service of public rather than party interest, effective prosecution of all corrupt behaviour with constant vigilance of civil society and active citizens. It is especially important that the competent institutions at the national level – Government, Agency for Prevention of Corruption, Prosecutor’s Office, State Audit Institution have non-selective approach towards all municipalities and officials and to fully implement their authorities. There is no alliance for either Montenegro or Europe without termination with bad practices that focus on party rather than public interest. Of course, termination with such practices involves painful cuts, but they are necessary to transform the system from one that feeds, hides and protects corruption into system that discourages, discovers, embarrasses and prosecutes everyone who chooses the corrupt path. Such a system would be the guarantor of decent society and sustainable public-interest alliance in which there would be no parodic patriotic measurement of commitment to the state, as the state is supposed to be defended only by strong institutions, non-selective law enforcement, accounatble decision-makers and active citizens,’ Uljarevic concluded.

Executive Director of the Center for Monitoring and Research (CeMI), Ana Nenezic, stated that the key issue was whether municipalities were fighting against corruption, in which manner they do that and what mechanisms were available to them.

‘Unfortunately, we cannot base this assessment on any official national document. We have suggested before that it is necessary to do a broader national analysis of the track record in the implementation of all anti-corruption mechanisms at the local level, and then to define one institution that will be primarily responsible for monitoring and implementing these policies. We also suggested that it should be the Agency for Prevention of Corruption, but unfortunately this proposal was not taken into serious consideration,’ explained Nenezic.

She assessed that neither action plans for the fight against corruption at the local level nor integrity plans have been successful so far.

‘If we want to establish effective mechanisms for prevention of corruption, apart from the anti-corruption legislative and institutional framework, it is important to be committed to implementing strategic documents and to continuously monitor and evaluate application of their impact. In order for the strategic framework and established mechanisms to produce results, we believe that this should be preceded by comprehensive analysis of the state of affairs, with realistic risk assessment, which would be prepared through consultation with other relevant entities. In this manner, we would have all the data in one national document with precisely defined and realistically achievable recommendations,’ explained Nenezic.

The most transparent are Bijelo Polje and Podgorica

In the framework of the project ‘Let’s Put Corruption in a Museum!’, measurement of transparency of local self-governments was conducted and Index of transparency of Montenegrin municipalities developed. Transparency was measured in six areas – work of the local parliaments, budget, fight against corruption through existing mechanisms, general access to information, public procurement, and public discussion and public tenders, using a total of 61 indicators. Municipality of Bijelo Polje and the Capital City of Podgorica got the awards for the most transparent municipalities in 2019, and the awards received Petar Smolovic, President of the Municipality of Bijelo Polje and Djordje Suhih, President of the Capital City of Podgorica Assembly. 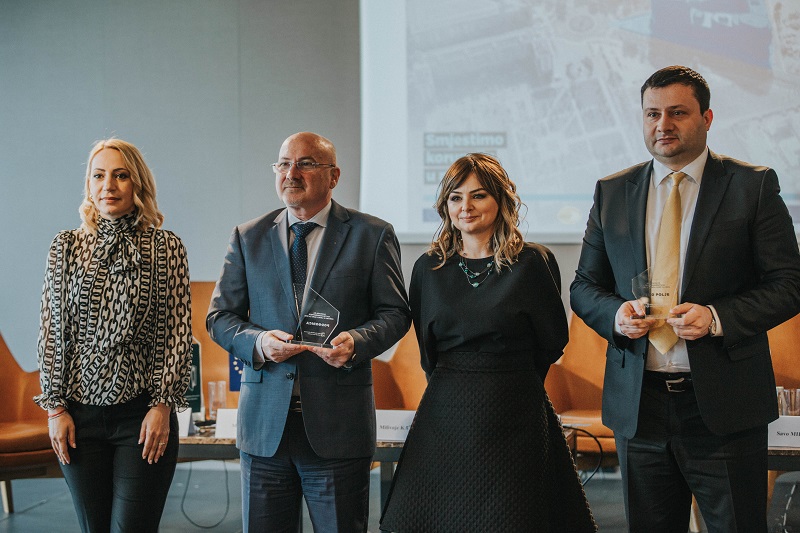 The project ’Let’s put corruption into museum!’ is implemented by the CCE in cooperation with non-governmental organisaitons Center for Monitoring and Research (CeMI), Bonum from Pljevlja, UL-Info from Ulcinj and Za Druga from Petrovac, with associates the Anti-corruption Agency and the Ministry of Public Administration. The project was financially supported by the EU Delegation to Montenegro and the Ministry of Public Administration.